The Old City of Jerusalem is one of the most intense places on Earth! At the heart of the Jewish, Islamic, and Christian religions, this one-kilometer, walled-in area in the center of Jerusalem is beyond words and cannot be missed. The Old City is home to the Western Wall (aka Wailing Wall and in Hebrew Kotel). This is the last remaining wall of what was once the Jewish Temple and is today the holiest site in the world for Jews.

Above the Western Wall lies the Dome of the Rock, which is important for Muslims as the site where the prophet Muhammad is said to have risen to heaven. 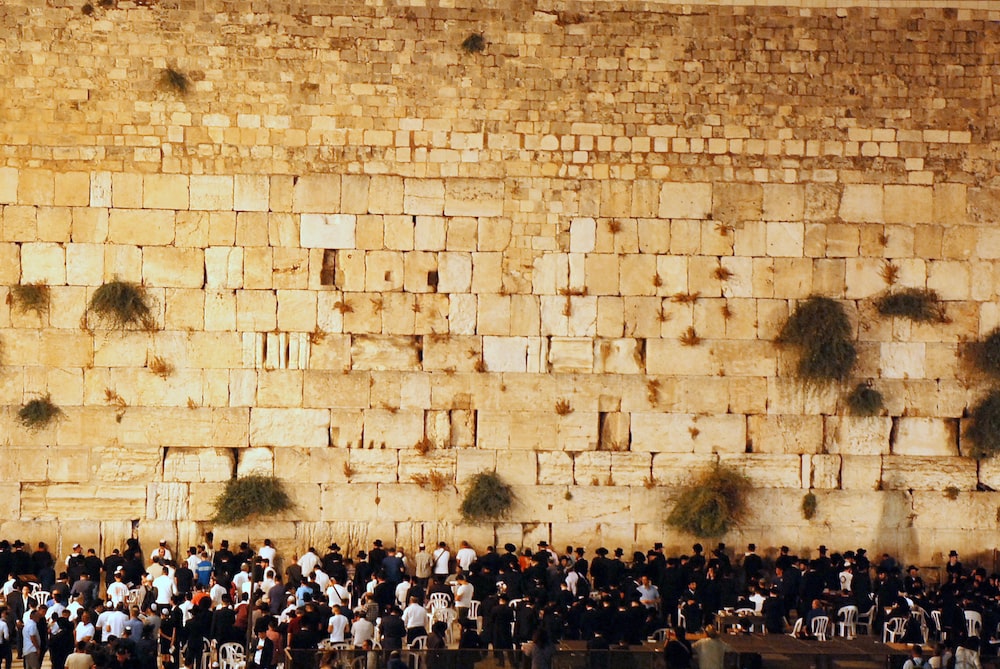 Just a few minutes’ walk away lies the Church of the Holy Sepulchre, where some believe Jesus was crucified and buried.

The Old City of Jerusalem is divided into four quarters; The Jewish Quarter, The Armenian Quarter, The Christian Quarter, and The Muslim Quarter. The walled city is entered by one of seven entry gates, although the busiest for tourists is the Jaffa Gate next to which is the Tower of David Museum, providing the history of Jerusalem within the Old City Walls. Each quarter has its own unique atmosphere and observations, sites and smells, and experiences.

In the Jewish Quarter, for instance, the narrow alleyways are lined by the homes of Ultra-Orthodox (Haredi) Jewish families and Yeshivas (schools for Torah study). Walking around, you can observe the residents of the Jewish quarter go about their daily lives. There are teenage students in the Yeshivas who are often here from around the world, children playing outside schools between lessons, men rushing around between places of worship – and of course, many people praying at the Western Wall. The houses of the Old City – and the Jewish quarter, in particular – are hotly contested real estate, and for good reason. They command spectacular prices on the rare occasion that they trade hands.

The Jewish Quarter’s narrow alleyways open up as you reach the Western Wall Plaza and the wall itself. At times of Jewish festivals, the wall can be crowded, and observing the tourists brushing alongside daily prayers here is an interesting site. Anybody can go up to the wall, although men and women have separate areas. Men should cover their heads (there are paper kippahs available), and women should wear modest clothing. It is customary to place a small prayer on a piece of paper within a crack on the wall. Amazingly, the vast Western Wall represents just a tiny percentage of this elevation of the Temple, and the Western Wall Tunnels, accessed via the plaza, allow visitors to see even more of the wall underground. Also interestingly, within the Muslim Quarter is whats known as the Little Western Wall where the wall is once again exposed and visible. This is argued to be holier than the iconic section of the wall because it is closer to the ‘Holy of Holies’ – the holiest part of the Temple.

The Muslim Quarter is a huge contrast to the Jewish Quarter. Its streets are busier and more crowded, with vendors – especially within the famous Shuk – selling all varieties of products. In contrast to the other quarters where shops are generally selling religious or tourist-appealing products, here the Shuk is literally an ancient shopping mall in the 21st century where one can practice their bartering skills and buy almost anything imaginable. As in the Jewish Quarter, and the rest of the Old City, tourists wandering the streets of the Muslim Quarter find it hard to imagine how the locals go about their everyday business so normally in what is such an intense place. Kids play in the street, and men sit out in cafes smoking nargila (hookah or shisha).

The Dome of the Rock sits above the Western Wall Plaza, and while non-Muslims are not allowed to enter the building itself, tourists are able to tour the compound and nearby Al-Aqsa Mosque.

Moving into the Christian Quarter of the Old City of Jerusalem, there is yet another change. Home to about 40 holy sites to Christians, in the streets here you will see priests and pilgrims from around the world. This quarter was constructed around the Church of the Holy Sepulchre, where Jesus is said to have been crucified and buried. Within this hot patch of real estate, even the Church is divided, with different parts controlled by different Christian sects, meaning that there are often disputes over maintenance and some parts are in poor condition.

The Armenians originated from Turkey, the Caucasus Mountains and Iran. Soon after Jesus’ death the Armenians were converted to Christianity and ever since then have been making pilgrimages to the Holy Land.  Armenian monks arrived in Jerusalem in the 4th century AD. Jerusalem’s Armenian community is considered the oldest living Armenian Diaspora community in the world.

Armenians have had a strong presence in the city since at least the fourth century, when Armenia became Christian. Their quarter is said to be the oldest living Armenia diaspora community. Thousands of displaced survivors of the Armenian Genocide relocated to this part of Jerusalem in the 20th century.

Armenians displaced from the former Ottoman Empire because of the genocide brought with them a special type of Turkish-style ceramic, which has since become synonymous with Jerusalem and Armenians. It’s now used for all the street signs in the Old City and is also sold in many stores. Explore the walled Old City of Jerusalem, and you’ll soon spot beautifully crafted ceramic street signs spread through the area.

The Armenian compound is enclosed by an inner wall within the Armenian Quarter and includes St. James, a convent, school, churches and residences. Along the walk from the Jaffa Gate past the Zion Gate and to the Jewish Quarter are many small shops displaying the beautiful hand-painted Armenian pottery which is made locally. Armenian ceramics can be seen adorning many parts of the Old City including the Dome of the Rock and neighborhood street signs.

3 thoughts on “Memories from Old City of Jerusalem – Israel”